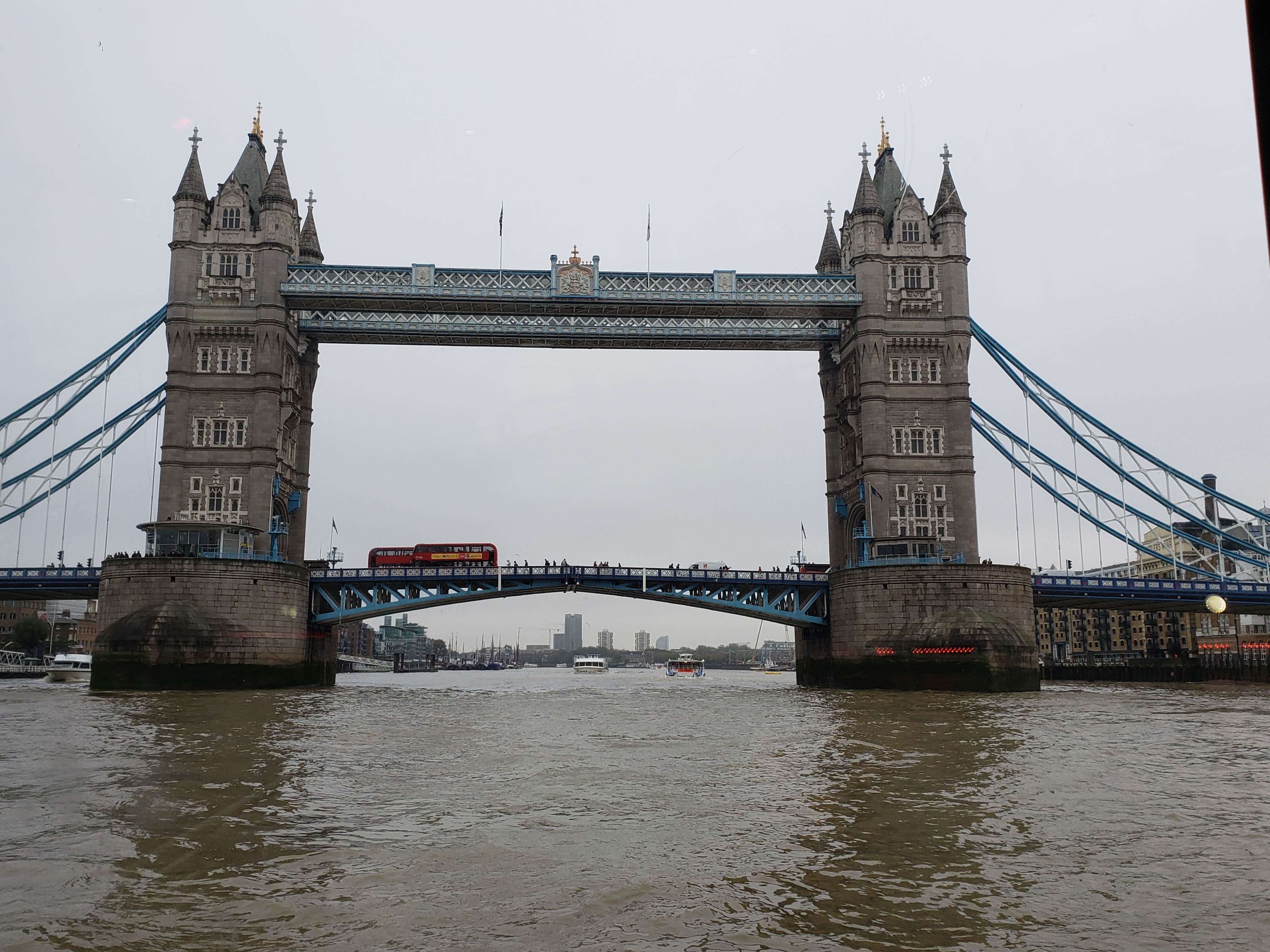 The ServiceNow Developer Program recently went on the road to visit London. NowForum: London edition featured one full day of content just for developers with 800 attendees. The second day which was for all things ServiceNow had 2,500 attendees. Dave Slusher, Chuck Tomasi, Jason Mckee, and Andrew Barnes were all teaching workshops on day 1 of the event. You are welcome to jump down to the event proper if you don’t want to read about my travels!

I arrived in town early with my wife for a bit of sightseeing. We took an 8-hour flight from Charlotte, NC to London Heathrow airport. We grabbed a train to the Westminister district an within the hour we were seeing the sights. Hopped onto a hop on/off bus to avoid some of the rain, and rode around until we got to National Gallery. I have been to quite a few galleries and this gallery now has a spot in my top 5 list. There were stunning paintings from Rembrandt, van Gogh, Monet, Seurat, Cezanne, Claude, Vermeer, Bellini and many more. Not yet having our fill of paintings but in need of filling our bellies, we stopped in St Martin-in-the-Fields church basement for some snacks. Right next door was the National Portrait Gallery, so into there we went!

If you are a fan of English history, then this gallery is the place for you. Many iconic paintings that have been widely seen online, tv, and movies are housed here. Images of King Henry VII, VIII, and William Shakespeare grace the walls. The imposing Trial of Queen Caroline took up a whole wall. Queen Elizabeth I and the current II had several portraits I found a joy to view. We easily lost a couple of hours enjoying ourselves here. Back onto the hop on/off bus for a nice leisurely ride through the rainy London streets to see more sights from the second level of the bus and finally to the hotel.

We had hoped to tour Buckingham Palace, but alas our scheduling was off, and we missed the window by a couple of months. Tours of the palace proper are only available in the summer. You can still see the Royal Mews and other parts of the palace grounds. We happened by just at the changing of the guard and so we stayed and watched some of that. Then on to Westminster Abey! The tour here was quite good, everyone able to use a personal audio device included in admission. The Abbey had quite a queue to get in, but it was worth our time. The number of tombs and memorials is quite amazing. Dating back a thousand years, and having been the place of coronations for all but 3 monarchs through Britons history, you can feel quite out of place with technology and current life. 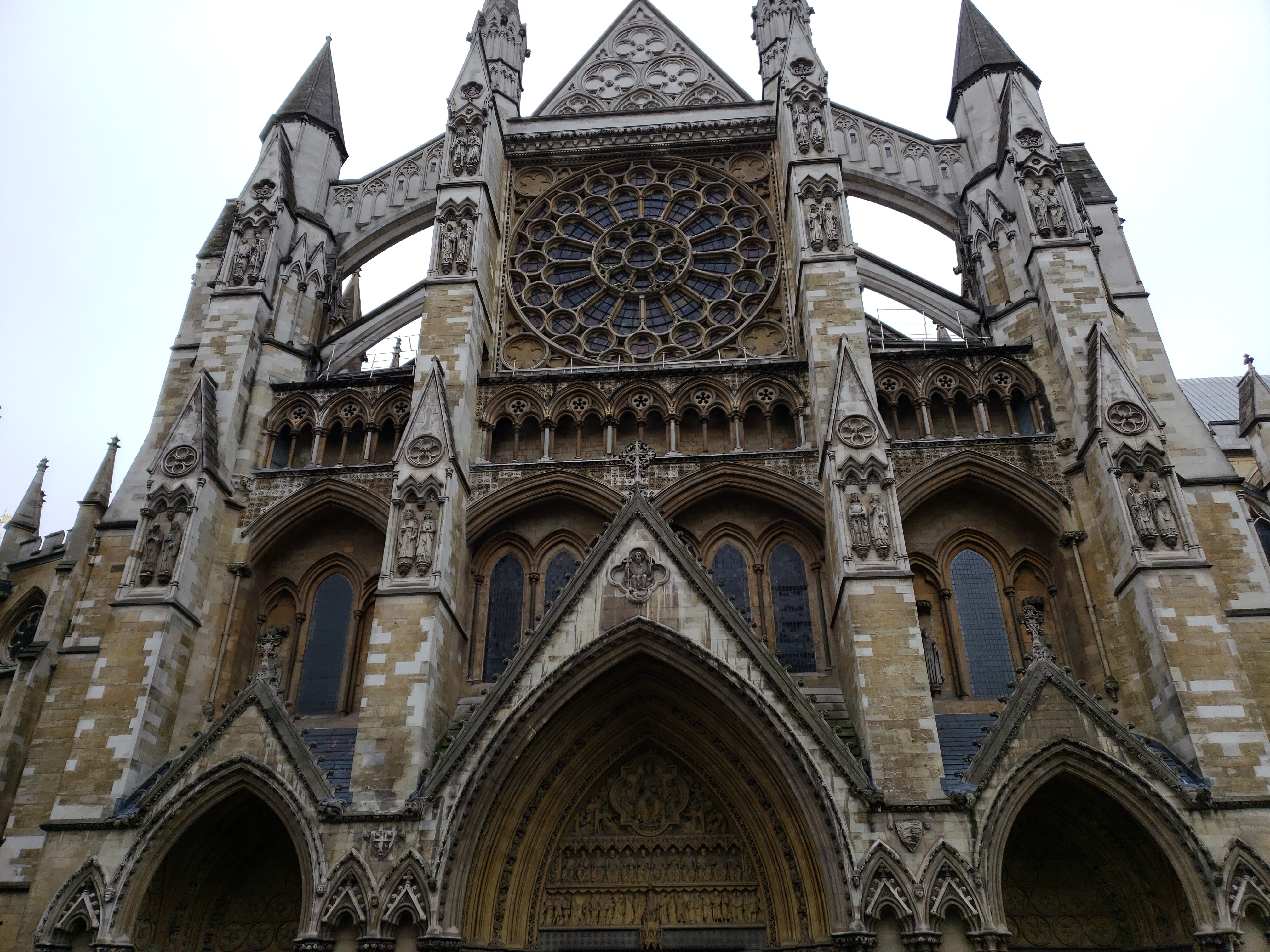 Still in use as a place of worship today, and with such a special place in the history of the country we were visiting was a joy. The tombs of past monarchs call out to us to remember the past, and to look towards the future. Leaving Westminister Abbey behind was sad, but we had to move forward! To the boat we went, aboard a water taxi, we left the Westminster district and got out at the Tower of London. Home of the beefeaters and the crown jewels this stop was at the top of my wife’s list of things to see. It did not disappoint, the castle is massive and filled with history. 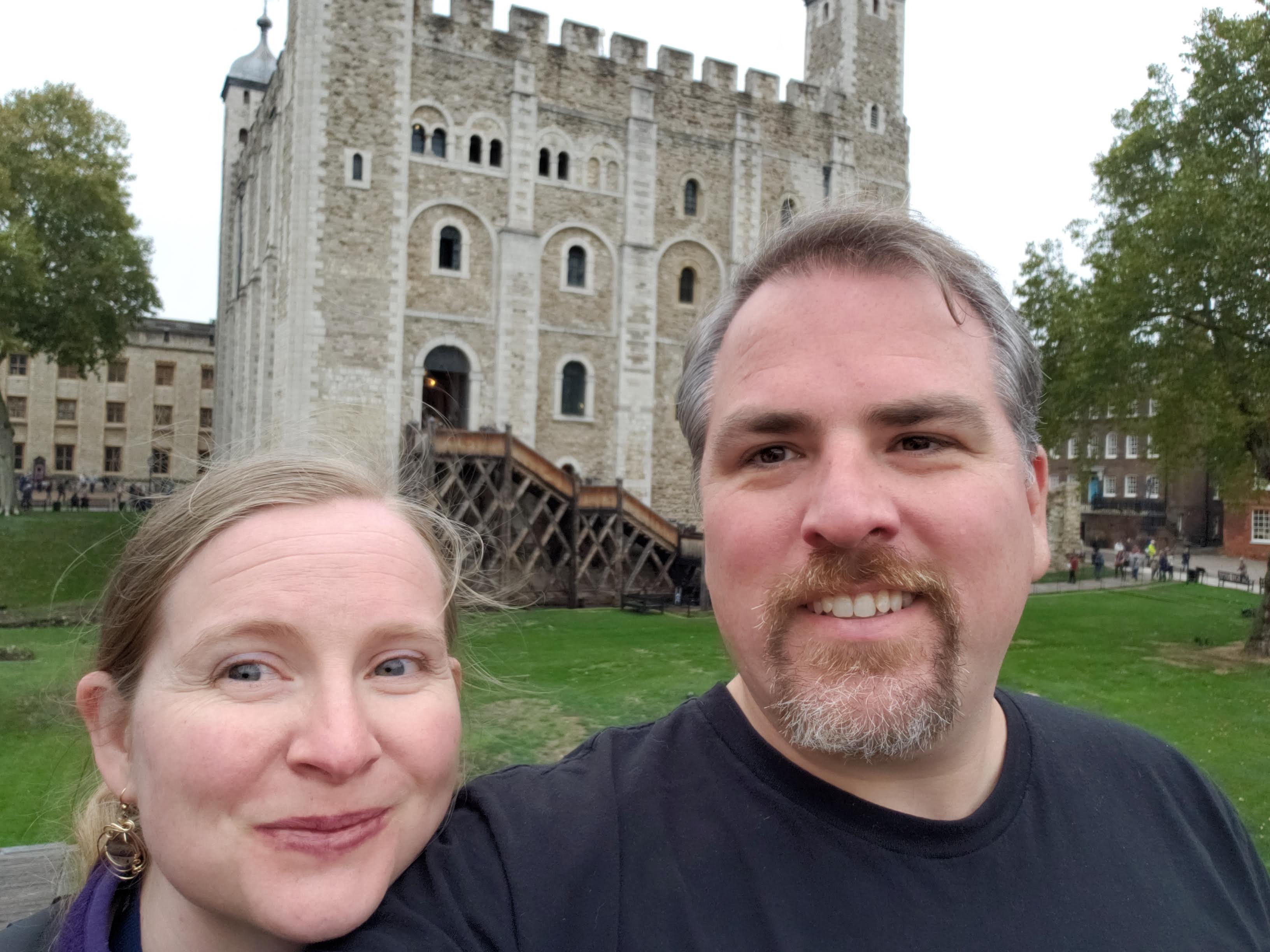 Time to meet up with Dave Slusher, so we headed over to the ServiceNow office got Dave and headed down to a pub around the corner. We ended up talking to some bankers interested in ServiceNow over pints and then set out for our hotels to wrap the evening up.

We started the day with quite a travel out to Windsor Castle. I worked on the lab and had a call with our awesome Lab Guru’s to go over last minute details while we were en route. It was a lovely sunny day while we walked around Windsor and saw the sights inside. Of quite interesting note, was the rebuilt State Dining Room. It was consumed in a fire in 1992. It was rebuilt with the style and methods of the past and really turned out quite impressively. The freshly fallen oaks used for the ceiling have started to dry and separate as intended which gives the new room a historical feel and aura. 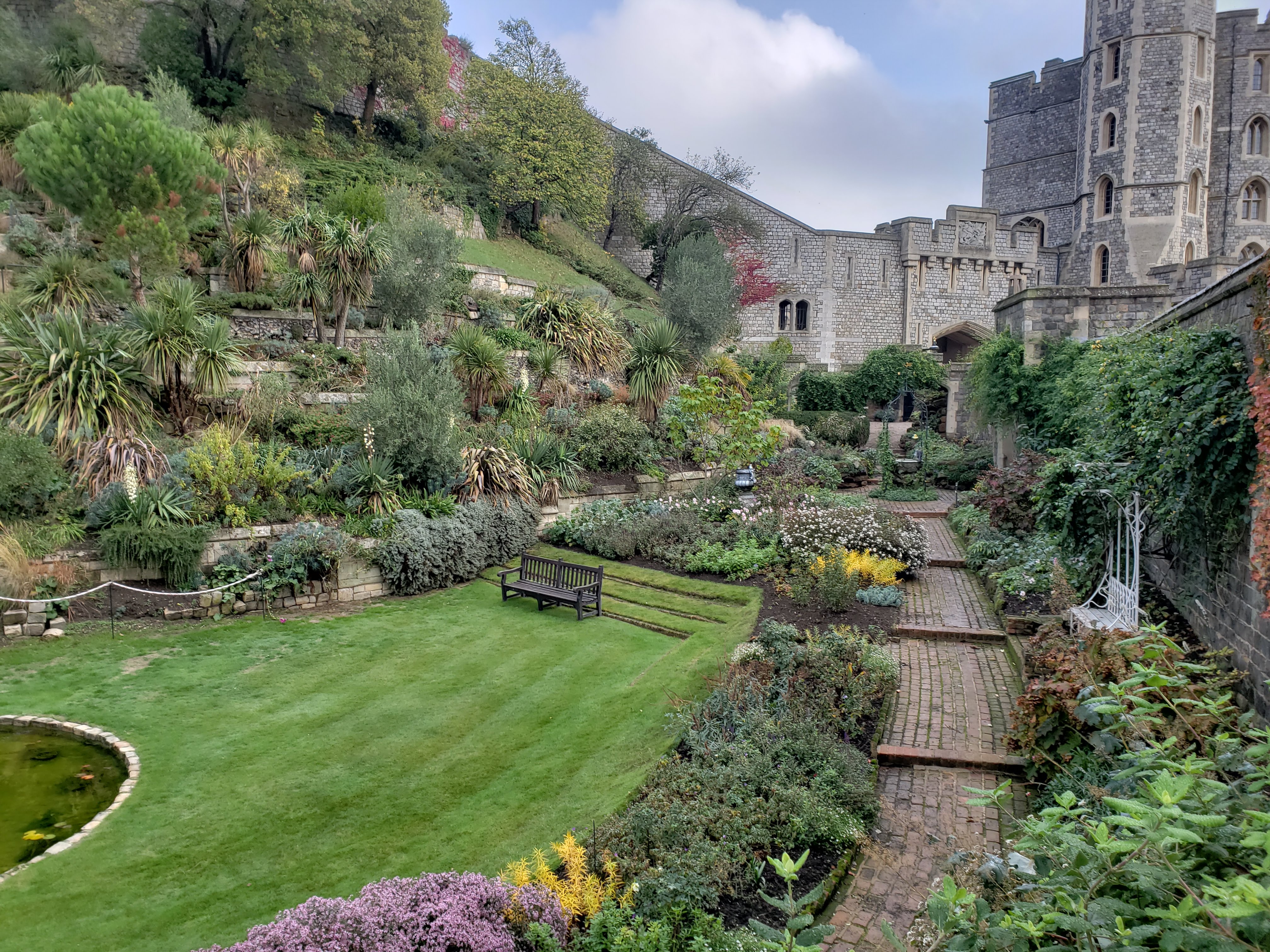 My favorite was all of the dishes on display. Fine examples of dishes used in the palace through the years are on display and were really quite interesting. After seeing what the castle proper had to offer, we decided to roam the town a bit and ended up on a boat tour. The ride was quite slow and filled with interesting information about the town and area, specifically detailing lots about Eton college which takes up most of one of the banks of the Thames at this point. Afterward, we left Windsor behind on the train back to London.

Dave and I met up and talked through some of the rest of the years travel just prior to checking out the CreatorCon space in the ExCel. We ran into Chuck Tomasi and Josh Kahn going over their room and preparations for the keynote. Our room was not quite setup but we tested the video and then got out of the convention staffs way. A meal outside the center was on the agenda, and so we had some lovely Chinese fair and wrapped up our preparation for CreatorCon.

CreatorCon was divided into three tracks Builder, Intermediate, Advanced. Chuck Tomasi lead the builder track and delivered the Builder 1,2,3 labs for around 200. Dave Slusher and I lead the intermediate track in which we had labs on Building your first application, Service Portal widgets, and building applications that are configurable, extendable, and upgradeable to just shy of 200. Jason McKee in the final track had a session that featured metric base. Below you can see Josh Kahn during his keynote. 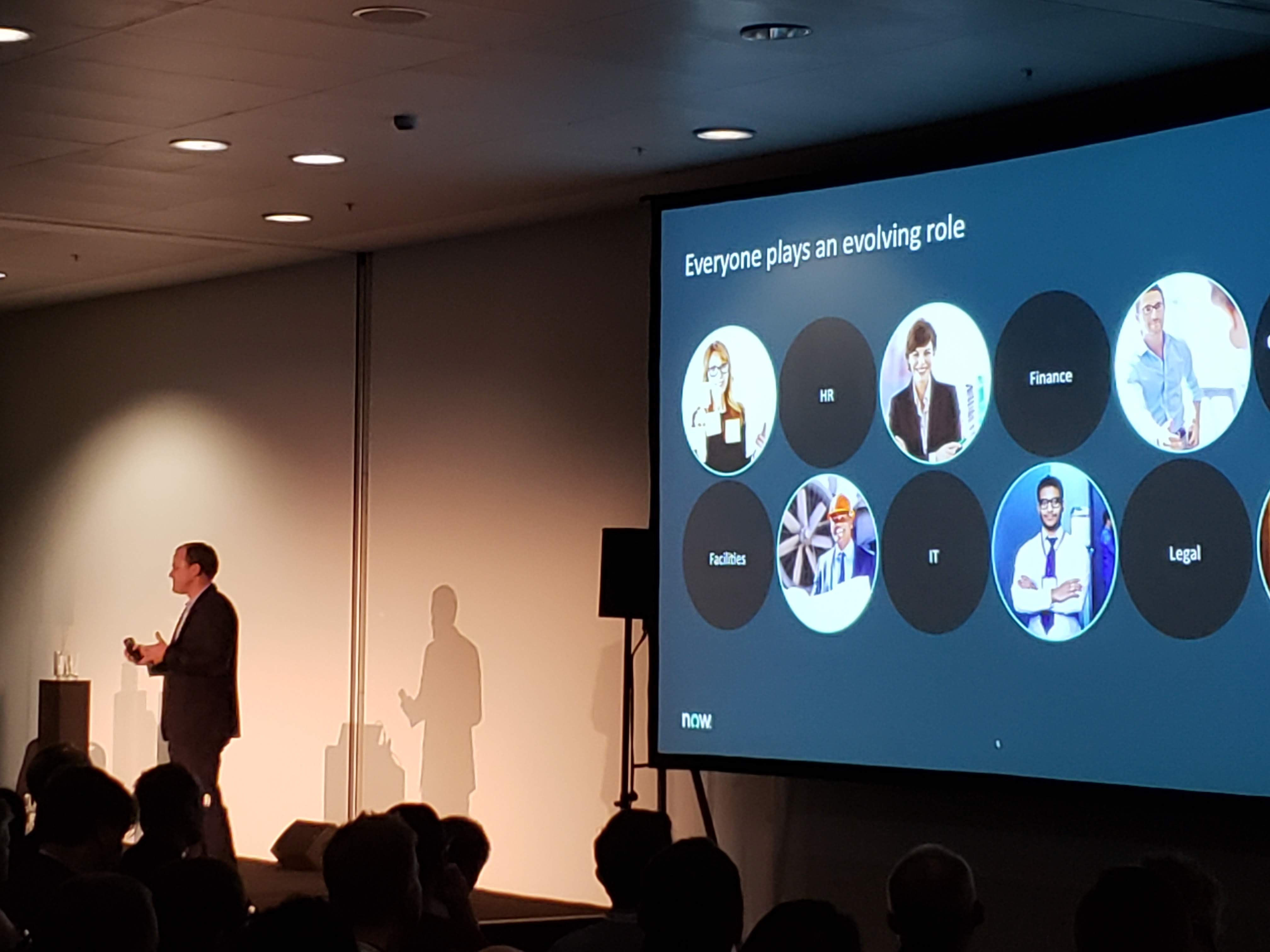 The Excel in London was a great venue. The developers that showed up to our lab sessions were from all over and had a varied amount of experience with ServiceNow. They gave us their attention and time, and hopefully, they all learned something new about how to build applications in ServiceNow. Helping folks see how to expand their knowledge of our platform is a joy, and what gets me to sit on airplanes for hours! Look how happy Dave Slusher looks below. 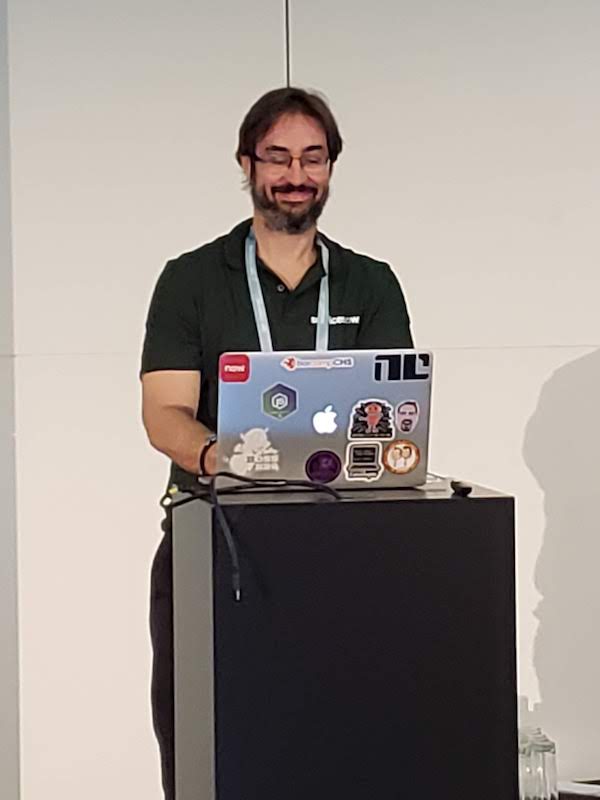 After the CreatorCon sessions were over, we traveled over to Canary Wharf and attended the London Developers Meetup. It was great to talk and meet with folks that were not in my track. The developer meetups are a great place to share ideas, and issues you have with fellow developers. Head over to Meetup to see if there is a meetup in your area or from the events listing. Afterward, we headed over to the O2 and saw ELO in concert to wrap up a great day. 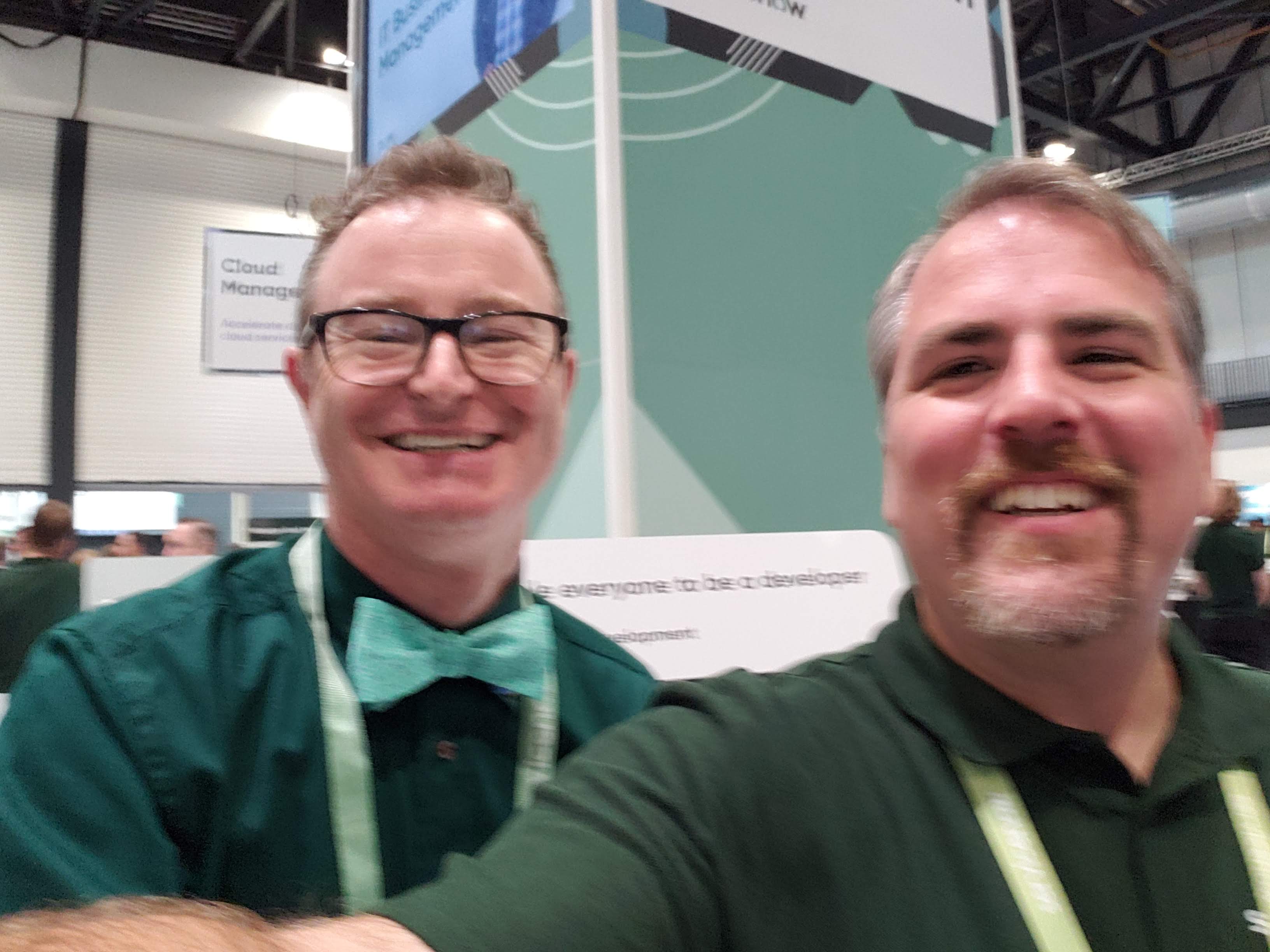 The day started with the keynote, where demo’s and inspiration was given for those in attendance. Afterward, there were break out sessions and the expo floor area for ServiceNow and its great partners. I spent hours on the expo floor talking with process owners, and developers at the Ask an Expert desk. Walking folks through ways to solve interesting issues was a pleasure. Several folks had seen the blog, or Live Coding Happy Hour before, and stopped by to say hello. Thank you to all of you that stopped in. Those that are new to the blog because of the event, welcome! I also got to spend some time at the demo kiosks talking to folks that had some issues that were specific in nature and were directed my way.

The expo hall was filled with the sounds and sights of ServiceNow customers and partners, which is such a joy and happy place for me to be in. Around every corner and section, folks were talking and sharing information with each other. After all the sessions were over, we had some refreshments and I continued my practice of just walking up to groups of folks and introducing myself and seeing what interesting things they are doing. Alas, the day had to end, and we had to close the doors on NowForum London. It was great fun, and I look forward to attending again in the future.

On this last day, we decided to visit the Imperial War Museum with Jason McGee. We spent hours walking through and discussing the interesting layout and artifacts of the museum. I was particularly impressed with the Lord Ashcroft gallery which housed many of the medals for recipients of the Victoria and George crosses. It houses the largest collection of Victoria Crosses which are the highest and most prestigious award in the British Honours system. The collection was clearly made with care and amazed me with the thoughtfulness that was given in how to present so many amazing stories in a clear and engaging manner without being repetitious. 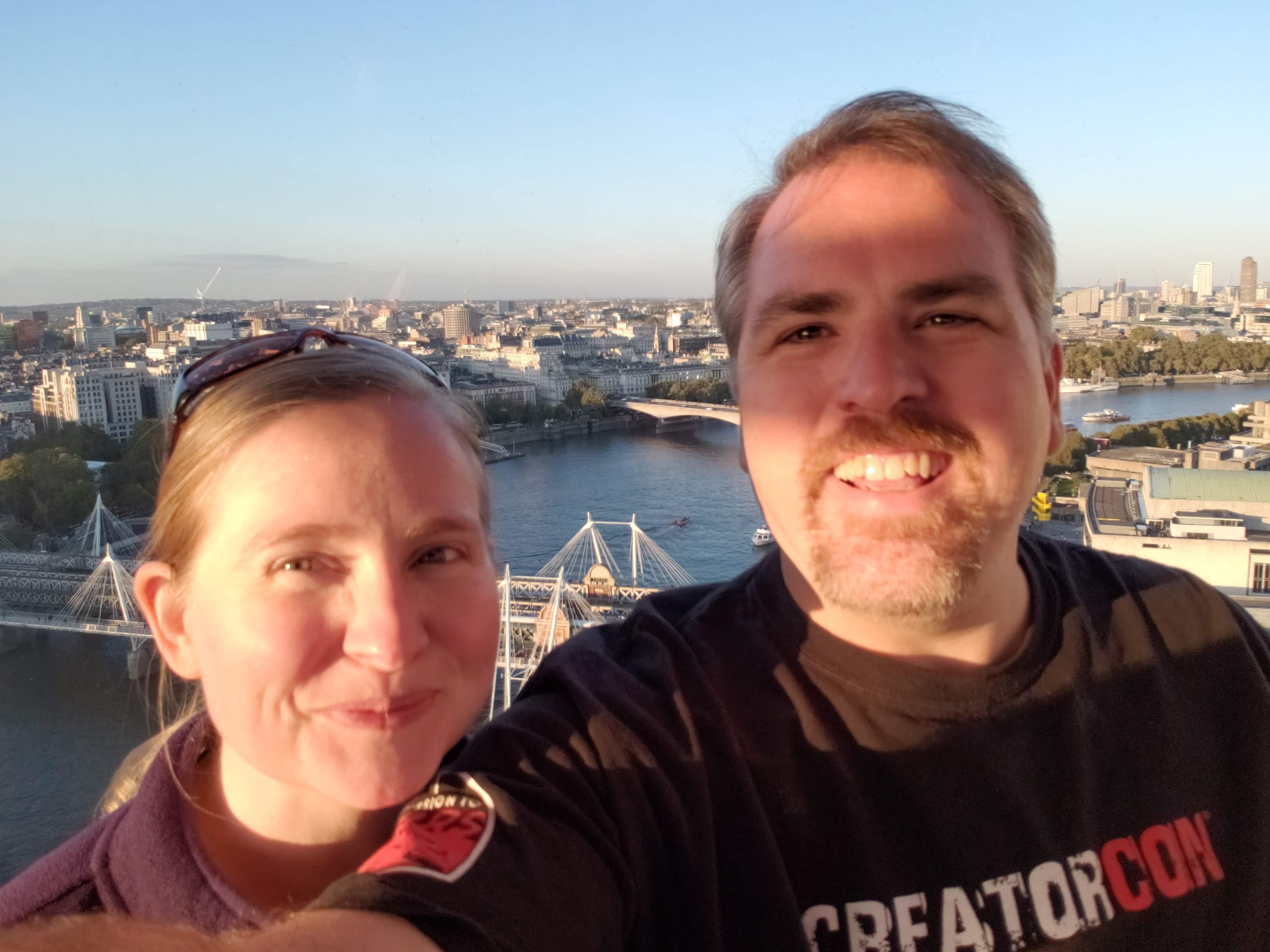 We then ventured to the London Eye to take in the sights of the city from on high. You can see me sporting my CreatorCon shirt from Knowledge 18. The sky was unusually clear and afforded us a lovely view of London. Following those sites, we then ventured to have dinner with some local ServiceNow developers! I love getting to know the folks that make our platform great, so don’t hesitate to reach out if I am visiting your city!

The next event we will be at is mid-November. Copenhagen, Amsterdam, Stockholm will all have developer events that will be similar to this trip to London for developers. We will have developer meetups after day 1 of each of those events. I hope developers that are able to come to the event or the meetup make it a point to come say hello!