Last spring several of us with the developer program had a trip to India to put on some Developer Days events. We returned again in August to bring the CreatorCon on the Road experience to the country.

One of the main drivers of the timing was the fact that the new ServiceNow office in Hyderabad was opening on August 9th so there would be a puja ceremony and festivities around that. This led us to scheduling one event in Hyderabad and then we also set up another event for later in the week in Pune. As the CreatorCon on the Road concept involves more lab sessions and more simultaneously, a significantly larger group traveled to India this time. 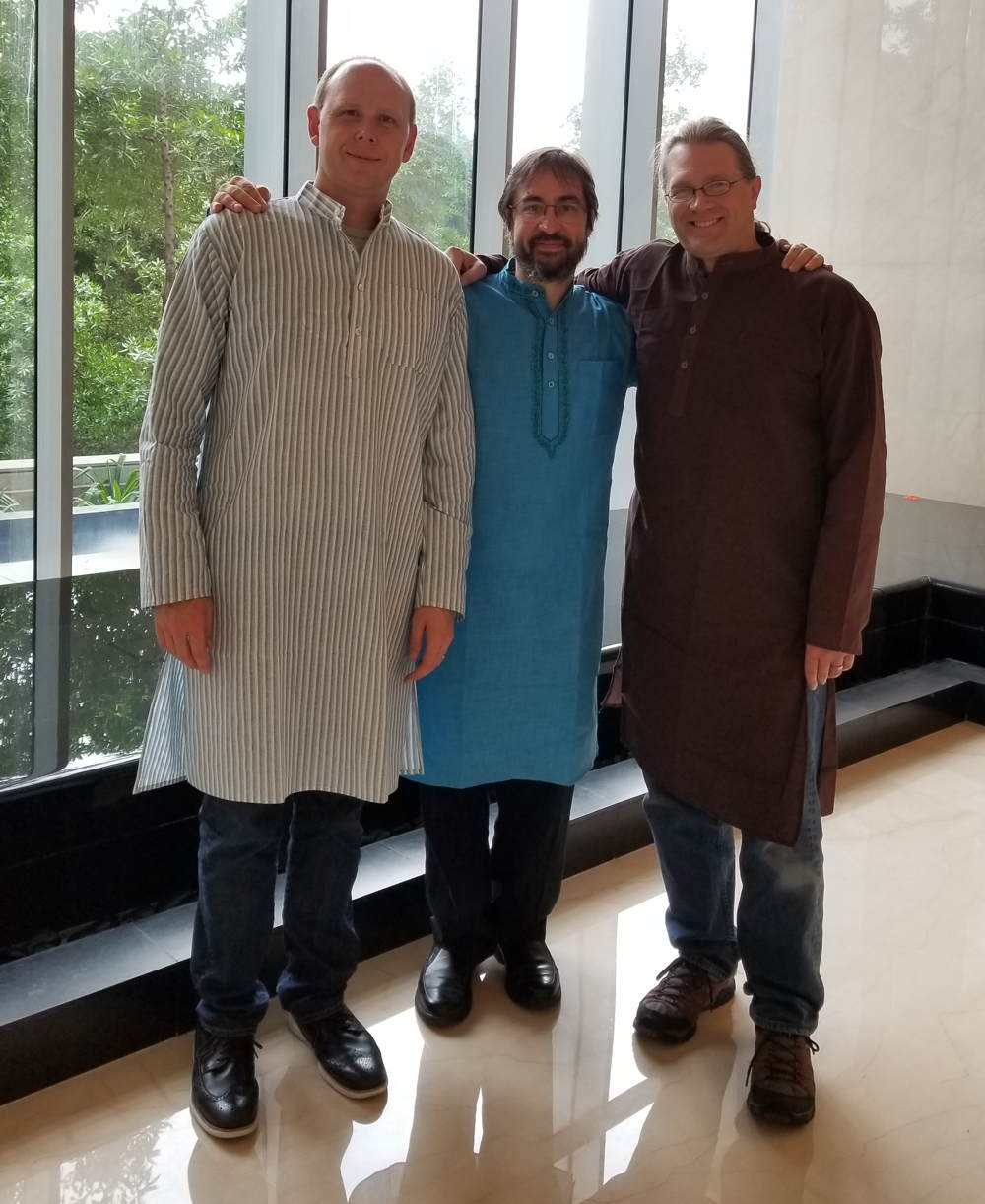 One of highlight labs of CreatorCon 2017 - whether in Orlando, Hyderabad, Pune or San Diego - is the Internet of Things lab. It is a kinetic, chaotic fun time that is very different from the standard ServiceNow session because of the physical nature of it. It’s high value, and the attendees love it. Just to expose the behind the scenes a bit, it is a ridiculous amount of effort to bring about every time. For India, the electronics were easy to source domestically but the Legos were not. I flew from the USA with an extra large suitcase full of nothing but the assembled Lego kits plus a bunch of spare bricks. Most of the crew arrived Sunday morning and we spent most of the day in the Trident hotel assembling the devices with the electronics, fixing the Lego containers that were wrecked in transit, testing the devices and getting everything ready. It took 6 people most of the afternoon. That was only possible because of the Hyderabad based team that spent weeks getting the devices assembled before this.

After that, we took a trip next door to the Shilparamam market. In order to respect the puja ceremony, the USA based team planned to wear kurtas. Some of us only found out about this the day before, so we had to purchase some in a hurry while the market was still open. Luckily, that is what Shilparamam excels at and we were all able to find good looking outfits quickly. 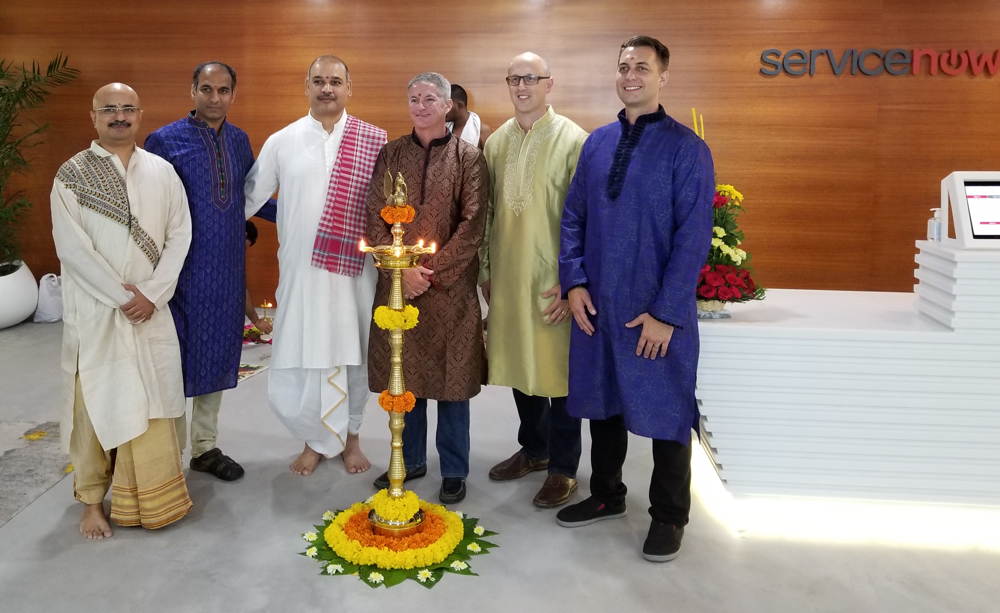 Monday morning we went to the office and walked around before the puja ceremony. Because we were there earlier than many of the people who work in the office, we were able to direct some of the Hyderabad employees as to where things were. It was hilarious. The puja ceremony itself was quite interesting. It was a learning experience for the Americans who had never participated in such an event before. My main effort was to stay out of the way and not step on things I shouldn’t. When the time came I accepted a bindi from the priest and wore it around all day. I got many compliments throughout the day which I could never tell if they were joking or sincere.

Later that day we spent even more time prepping the IoT lab devices (a theme of the week.) Tuesday for me was a quiet day of preparation as I stayed in the hotel working on the three sessions for the events. Although it was mostly wrangling lab instances and running through material, I still found time to eat biryani at Paradise food court.B Again! That evening we had a run-through of the event and walked through the space. Wednesday morning began with torrential rains, the worst in some time. It did affect our attendance a little bit but the event was still full, rather than over-full. We began the morning with keynote sessions, Pat Casey discussed building apps at Lightspeeed, Joe Davis did a demo of chatbots and Rao Surapaneni talked about machine learning.B After these sessions, we went into the workshop sessions. We had an ambitious schedule with six different labs curated from the Knowledge17 session. We chose ones that were highly rated and covered a spread of topics of interest to developers. There were three time slots with two sessions running simultaneously at each time. Because we had no formal signup I was a bit worried that demand might be lopsided between the two but in practice it all worked out.

The sessions we presented were:

I ran three of these sessions while Bryan Barnard and Jason McKee ran the other three. It was a long full day but as always in our Indian events, the students were prepared, engaged and really a great group. There were so many questions at the end of each session that I could barely leave the table. Since this is not my first rodeo, I did understand well enough that I should break away and get myself a plate of food between sessions. I stored it on the table for eating during the first lab of the second workshop session. However, I knew that the buffet tables would be gone by then so I had to get the food while I could even if I was not able to eat it then. Pro-tip for you workshop leaders - grab food whenever you see it, because it will be gone when you need it.

After the event, we had an informal social hour talking to the attendees. I got to meet and talk to a number of developers, some of whom I had met before and many whom I was meeting for the first time. I do enjoy this part of these events. It’s good to hear about the experiences of the people doing development work on our platform, and I want to hear what is and isn’t working for them. It all helps us improve the program to be what you the developer needs. After the event we had a group dinner, discussed what worked well and what could be improved for the next event. 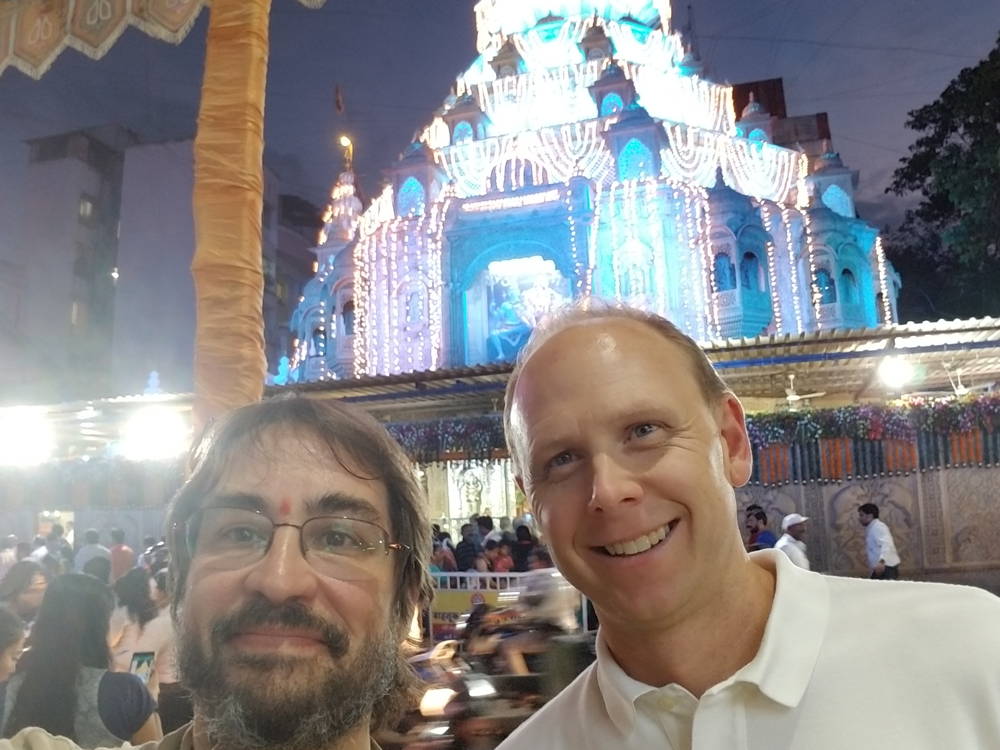 Thursday was a travel day as we packed up the circus train and moved it to Pune. Most of us flew during the day, except for the crew transporting the IoT devices. We decided that a suitcase full of homemade electronics and Legos would be at high risk taking them through an airport so an intrepid band carried them via train from Hyderabad to Pune, arriving sometime in the wee hours. For the rest of us, we flew and had a fairly calm day at the Pune Westin. I had an interesting exchange with the hotel event staff where we had a geometric argument about the layout of the ballroom. Note to event organizers - you can always pack people more tightly and fit more in with rectangular tables than round tables. This is science!

Thursday evening several groups went to the downtown Pune area, around the fort and the market area. I outlasted my boss at one point and wandered around for another hour or so by myself, shopping and generally site seeing in the area. This is really the first time in my two weeks in the country that I had a pure, undirected tourist moment. Usually there is not much free time and we mostly see the inside of hotel event spaces and airports. It was good to actually get out and see one of the cities we were visiting. 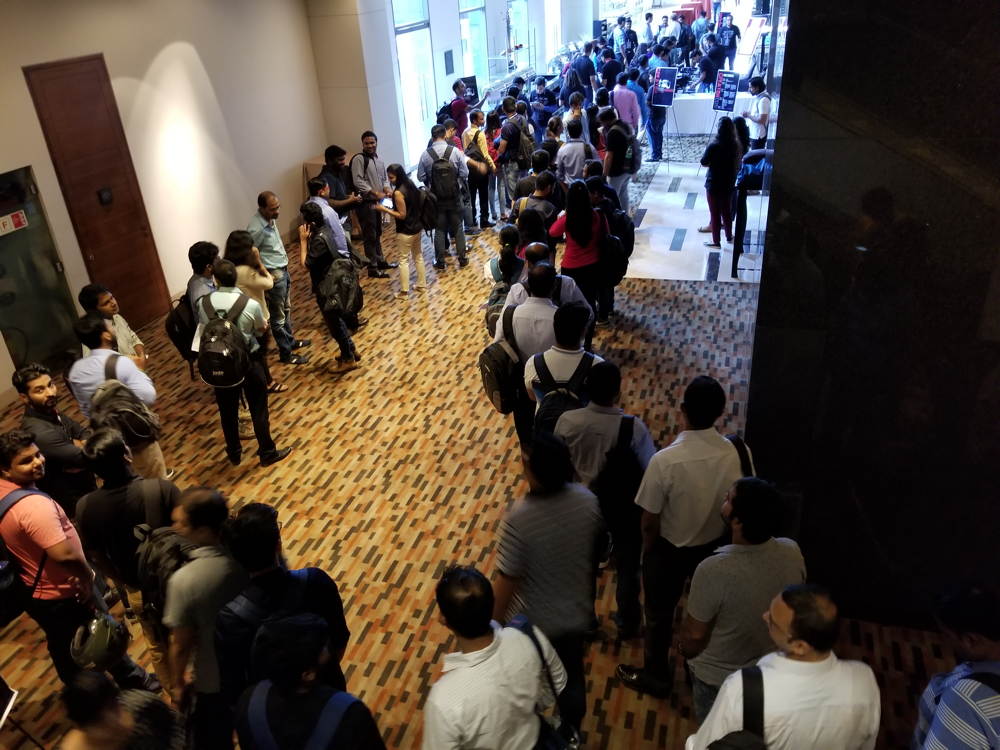 Friday was mostly a repeat of the previous event, although without Pat Casey and Joe Davis this time. Rao and Bryan Barnard picked up their keynote sessions. The turnout was great, so great that we had to negotiate with the hotel was the the realistic “we really can’t hold one more person” cutoff. Unfortunately, this meant that a handful of people could not get into the event. This is never what we want but sadly in this case it had to be done this way. I apologize to those people who wanted to come and couldn’t make it.

For myself, Friday was a rough day. I spent over two weeks in India in 2017 and this was the first moment where I had any illness. Around 8 AM while most of the event staff was up front taking pictures, I was lying underneath one of the conference tables trying to get a few minutes of nap. I took literally every bit of medicine I had with me and tried to gather myself together. Once we got to the workshop times I was functional, if not operating at the top of my game. I tried to give the attendees in Pune the best experience I could. My hope is that no one could tell I was sick and got a satisfying workshop. There were festivities after the days events but I mostly sat out exhausted. We had a team dinner at a restaurant next door and I fell asleep many times during it. 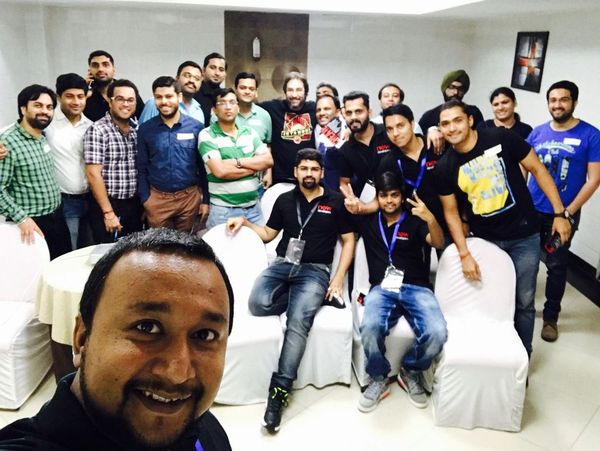 With that, our CreatorCon on the Road events were concluded. On Saturday Jason McKee and Lily Li traveled to Chennai for a developer meet up while I headed to Delhi for their meet up. Several of the organizers of that meet up had traveled to Pune for CreatorCon and they helped me with the somewhat odd boarding procedures in the Pune airport. We all flew to Delhi where Gaurav Choudhury picked me up and took me to lunch before getting to the venue and prepping.B We had a good turnout and an interesting meet up. I presented on the state of the art of developer tools as of Jakarta and demoed some of the features. I am still surprised by the number of developers who have not used the Script Debugger. It’s one of my main tools now so I’m always trying to show developers how much it can help in the troubleshooting of ServiceNow logic.

After the event, I and the organizing crew spent an evening hanging out at a nearby sports bar where we had dinner and beers punctuated with some occasional foosball. It was a fun evening and great way to cap off a successful trip to India. After this, Gaurav took me back to the airport (where I slept most of the ride) and with that I began the very long journey back to the USA. This was my second trip to India this year and in some ways more successful than the first. I got to see more of the country and attend more varied events. I was a little more adventurous and definitely paid the price for those risks but all told, it was a great trip with lots of value delivered to many developers. Dhanyavad aur shubh kaamnaayein, doston!