App Engine Studio (AES) is a development tool for creators of varying skill levels. It was introduced with the Quebec release in Q1 of 2021. With a focus on a modern experience and guided approaches to building apps, AES continues to get more features with each release. AES is a store release and it is part of the “App Engine” license, so if you don’t see it, you may know why. It’s available on Personal Developer Instances (PDIs) if you want to learn and experiment. There are so many new things in AES for Q1 and Q2 it’s rediculous! Kudos to the product team! Now let’s take a look at some of this new hotness…

From the beginning, AES has had the capability to create apps from templates. This really makes building an app fast when you can start with a table (or two), a some automation, and a few other key ingredients - rather than building them from scratch. The challenge until now has been authoring your own templates. While the ability to build templates has been in AES from the start, it wasn’t exactly “user friendly”. Blast those victory trumpets for San Diego.

From the templates screen, there’s a new button in the upper right labeled “Create new template”. 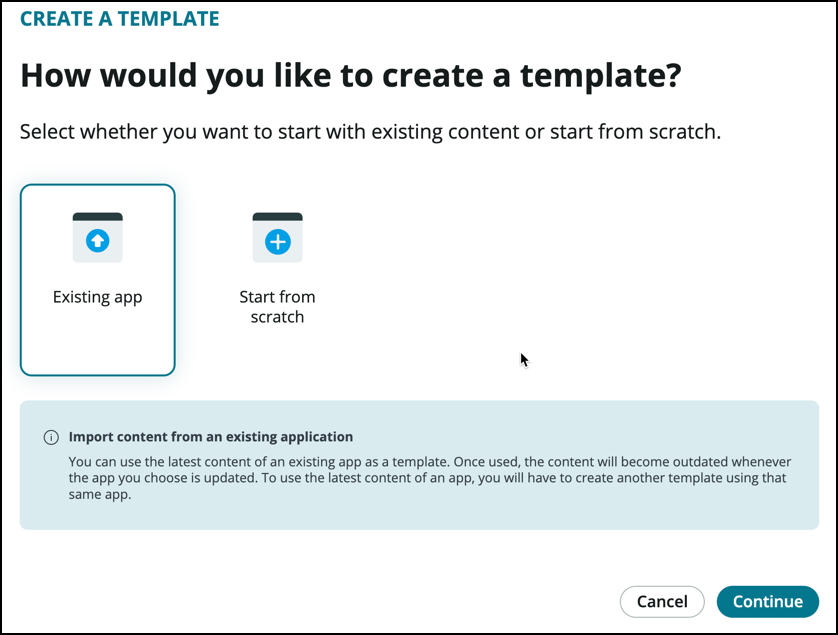 You can use an existing AES app (or start from scratch), provide parameters (such as table name) and make your template available. When someone creates a new app from your template, they fill in the parameters, and away they go!

Check out the Live Coding Happy Hour for April 1, 2022 as we build an app template and then see if we can build a new app from our template. No, it’s no April Fool’s Joke!

Decision tables have been around for several releases and Decision Builder was introduced in Rome, so what’s new in San Diego? Well first, it’s integrated into AES in the section Add Logic and Automation. Empower all developers to author and utilize those decision tables! BAM! 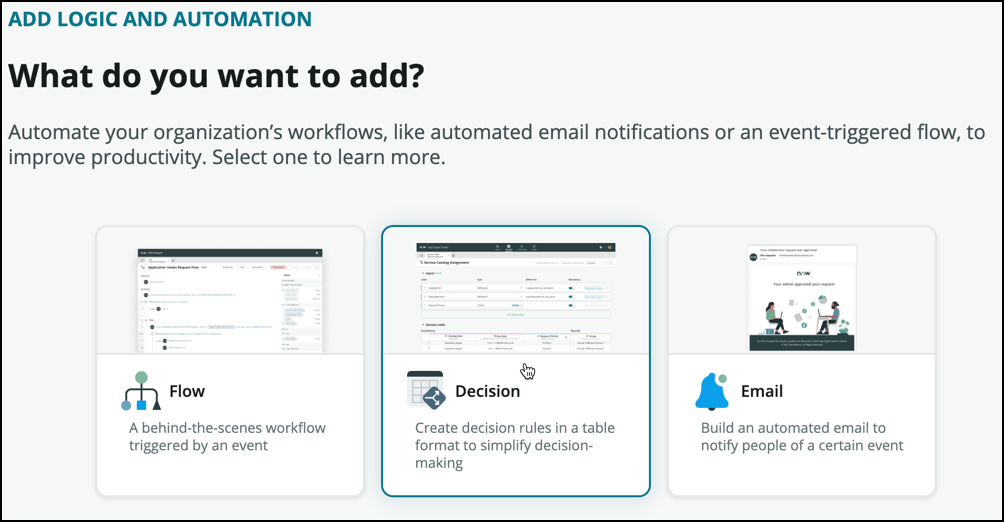 Here’s another one I love: non-reference results. What now? This is a big one for all those that used the initial release of Decision Builder. Originally, Decision Builder could only return a reference to a record in your answer table. With the March 2022 it’s possible to return other data types like string, integer, decimal, choice, and of course reference.

It’s now also possible to return more than one result from a decision table row. This is really nice because you can avoid duplicate decision tables to run the same conditions and return say, a category, and a subcategory at the same time.

And for those that are doing citizen developer programs, Decision Builder now supports delegated development. You can entitle certain people or groups to use this capability in a very prescriptive manner like any other delegated developer feature.

Because AES is a store release, you get more frequent updates than our traditional platform features, which means some things are coming in Q2… here’s what you can look forward to. 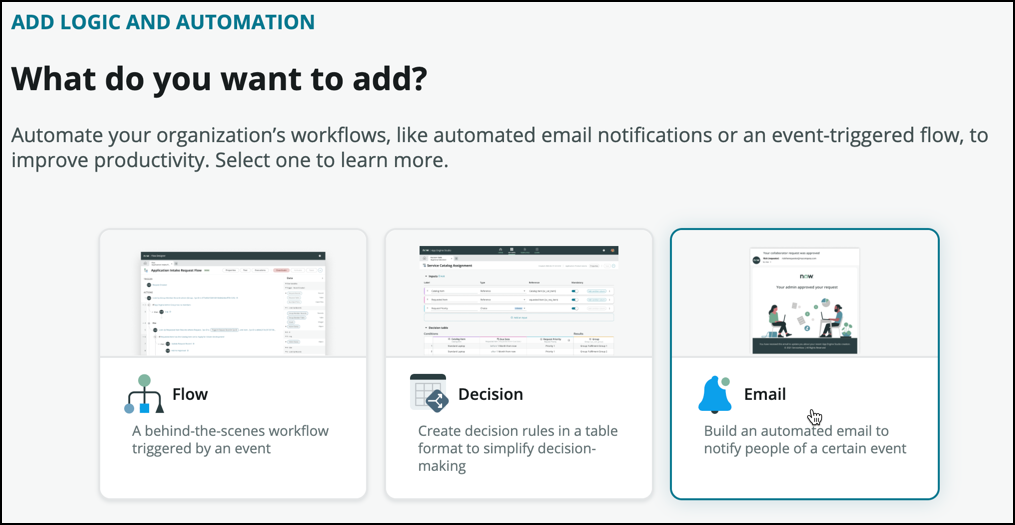 Let’s face it, email notifications are an important means of keeping your users informed as your automated process progresses. When used properly, they can be very effective. It’s nice to get a message from an online vendor that your order has been received, is shipping, and even delivered.

With AES, you’ll be able to create notifications that can then be triggered from a flow action Send Notification. This is different than Send Email. With the latter, you fill in all the details and it is embedded in the flow. If someone needs a couple words changed on the email, you need to edit the flow.

With Send Notification, it leverages the same email notifications table as the rest of the system, so you can reuse the same notification in multiple flows. When changes are needed to a message, you can edit the mail message without impacting the flow(s).

In the beginning we had Form Layout, then came Form Designer. Both had their benefits and shortcomings. Now AES’s Table Builder includes a Form Builder feature which not only brings the best of Form Layout and Form Designer, but also includes things like UI Policies to control form field behavior, and reference qualifiers (normally done at the dictionary level). Soon I’m going to sound like an old man talking to my grandkids when I tell them how I used to set a reference qualifier in “the old days”.

Getting ideas and creating a pipeline is much easier with the Application Intake process. 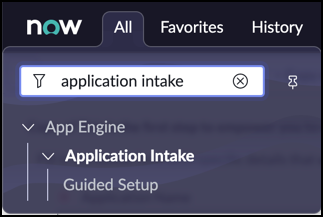 Located in the App Engine section, the Guided Setup process walks you through the basics to get it up and running. From there you can start taking requests for new apps.

As part of the approval, users entitlement can be automated so they can start building immediately. 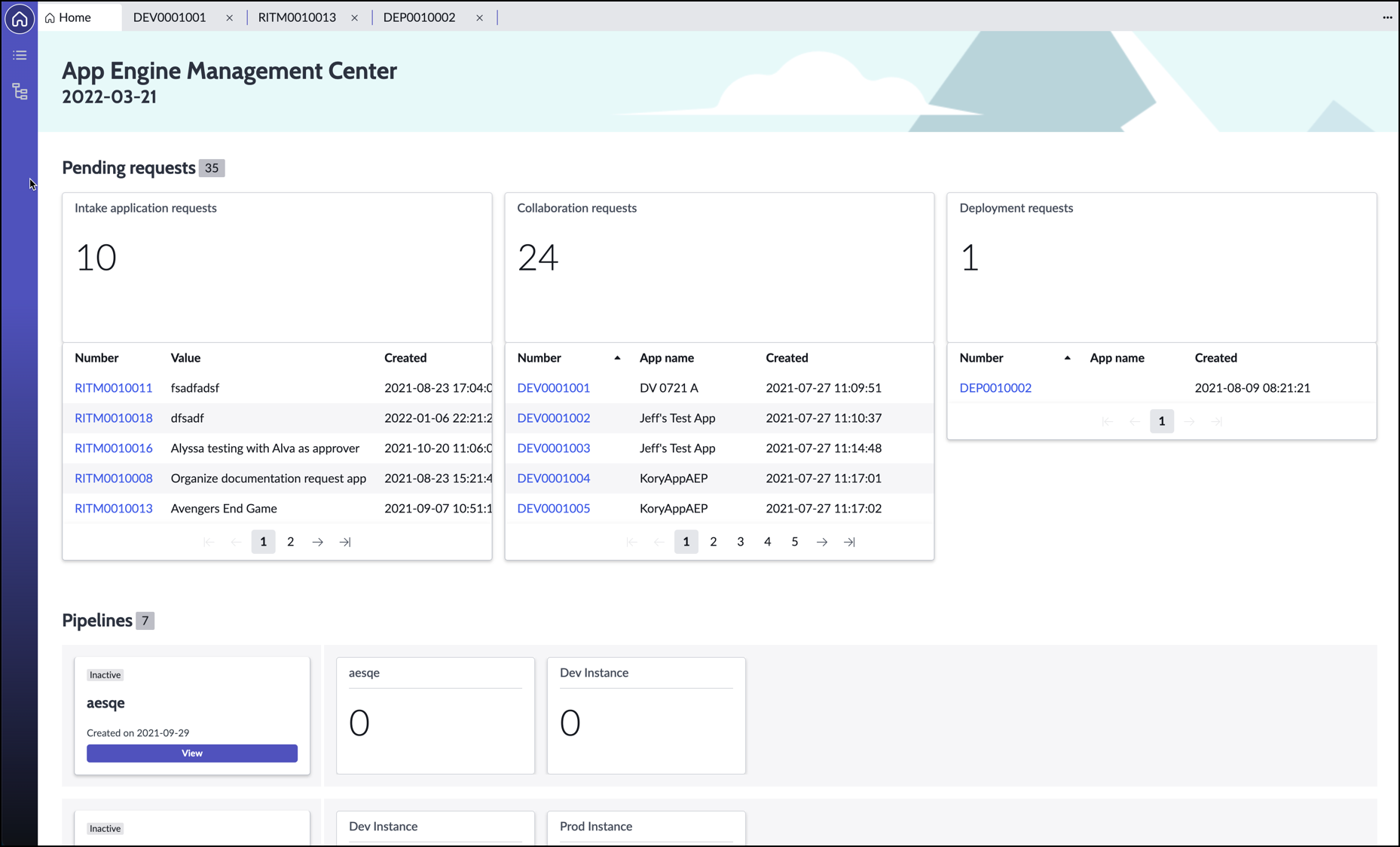 I told you, this stuff just keeps getting better! Excited yet?!