We are experimenting with new training content delivery methods. This tutorial blog post is one of those experiments. We are very interested in your feedback. Please let us know what you think about this format and the content in the comments below.

Watch this video to see how Fix Scripts run automatically upon installation of a published application.

Users with the script_fix_admin role or the admin role can create and run fix scripts. Some examples of what you can do with Fix Scripts include:

In this post, you learn to create and test a Fix Script for the NeedIt application. The NeedIt application, which is used to request services and goods from several departments, is already partially built for you. Follow the steps in Exercise: Prepare Instance for Server-side Scripting load the application into your Personal Developer Instance from a source code repository on GitHub.com.

NOTE: This tutorial uses the London release of ServiceNow. The User Interface (UI) has changed in Madrid.

Outside Studio, set the application scope and use the Application Navigator to open System Definition > Fix Scripts to create and edit Fix Scripts. Click the New button to create a Fix Script.

Configuring and Running a Fix Script 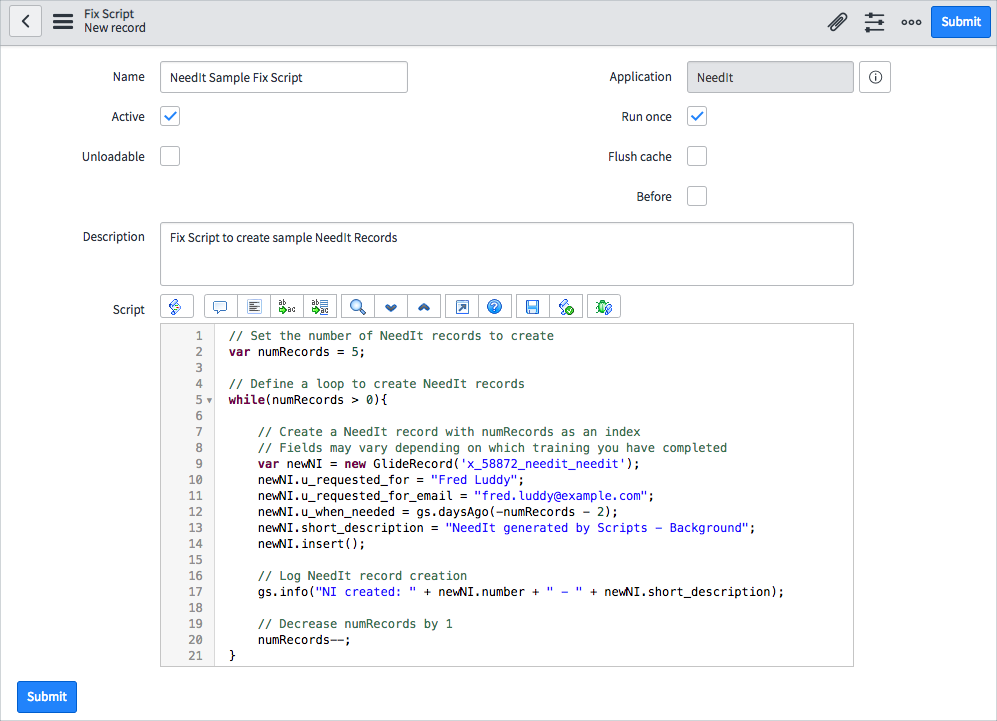 Users are not Application Files. When you create an application, Users and assignments of Roles to a User do not get captured in the application. Use a Fix Script to create a User and associate the NeedIt application user role to the User.

Did you do the hands-on exercise in this blog? Click here to let us know!