Since its debut in the Quebec release, ServiceNow’s App Engine Studio has grown significantly in scope and magnitude. Not only has it taken legacy capabilities and refined them, like the Table and Catalog Builders, but has continuously added new players to the game, like Templates and usage of the Instance Pipeline for deployment.

As “AES” nears its 4th release, we wanted to highlight the updates and new features you can anticipate in the Tokyo version of ServiceNow!

Rather Listen or Watch Instead of Read?

If blogs aren’t your jam, do not fret! For fans of Chuck Tomasi’s Break Point Podcast, he hosted Principle Inbound Product Manager, Matthew Ripley, to discuss Tokyo’s AES new features in depth. In addition to that, the Developer Advocates hosted a Creator Toolbox livestream on our YouTube channel (also featuring Matthew) to demo these new features. The links to both of these shows are listed directly below.

Layout of Steps in Action Designer

Let’s start things off simple! This may not make it to the headlines of the release notes, but to those who spend time building Flow Designer Actions, their lives will have been made slightly easier with a layout reorganization. Within Action Designer, when the developer goes to add a new Step, the wizard displaying the various options is now a single column list (in contrast to the side-by-side columns it was in before). 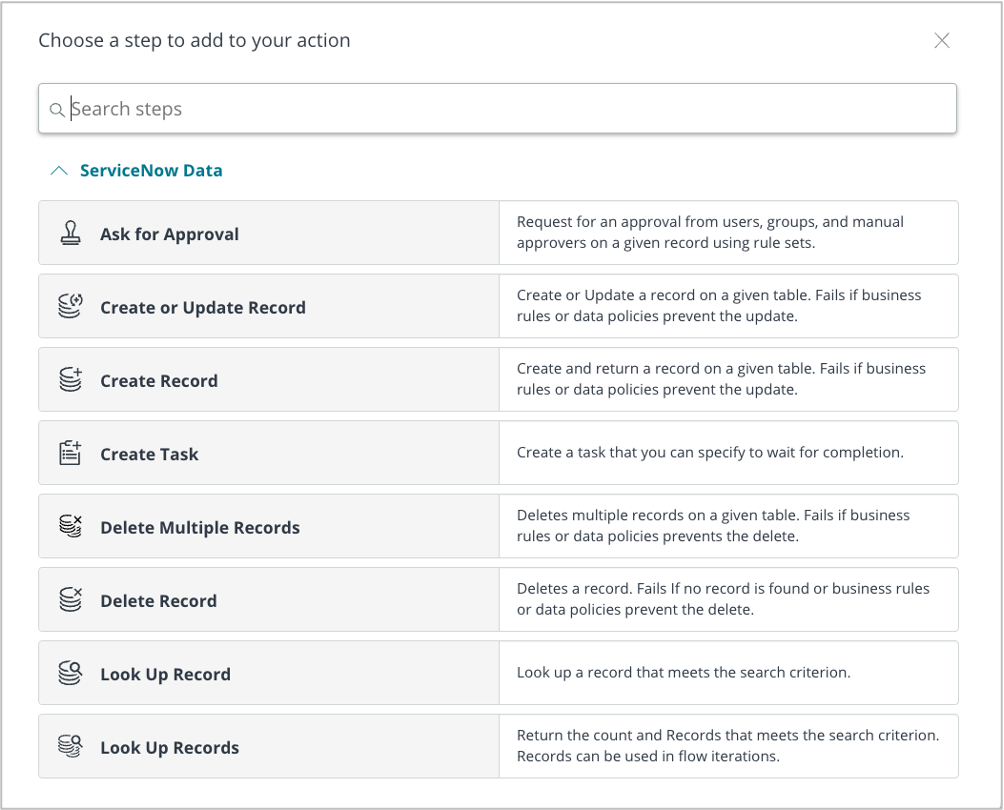 Decision Builder was recently released to abate the headache of countless nesting logic blocks within Flows. Instead of a dozen if-else statements, a developer could extract these complicated decisions in table to be interpreted instead.

Tokyo has further expanded the audience of “decision developers,” in that these tables can now be exported into Excel worksheets. This enables the business to empower their users to make meaningful changes without the hurdle to learn about the platform, allowing people to work in an environment they are comfortable in. These subsequent changes can then be imported back into ServiceNow with the click of a button! 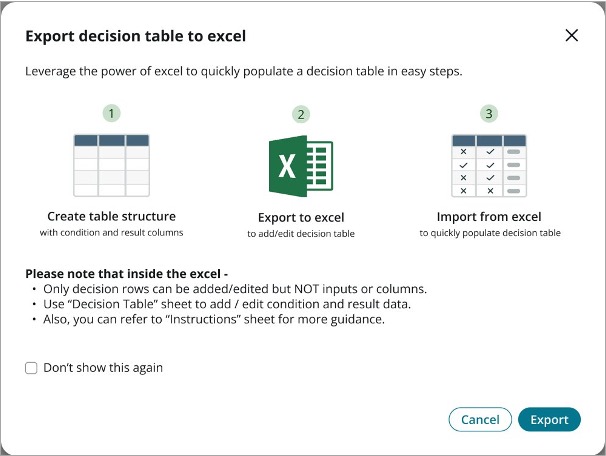 Similar to AES, Flow Designer gets a fresh coat of paint with every release - Tokyo is no different. Most of these changes revolve around Flow Diagramming - the new visual render released in San Diego. As promised, more triggers, actions, and flow logic are now available.

In addition to the improvements made to Flow Diagramming, there have been additions made to the ScriptableFlowRunner API as well. This API, which enables developers to run flows, subflows, and actions from server-side scripts, gained new methods for the sake of impersonation. 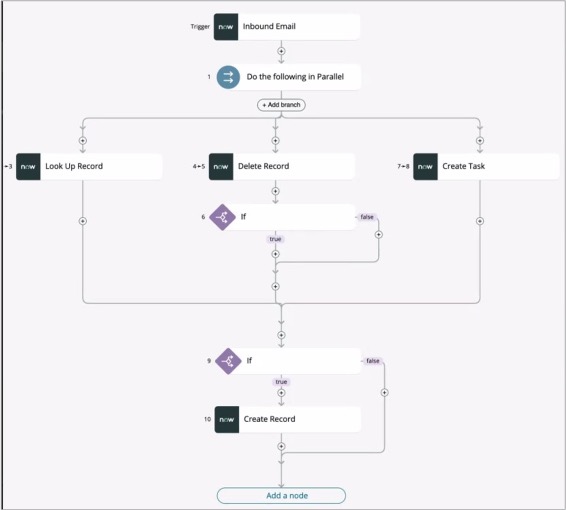 In addition to Flow Diagramming, San Diego also saw the release of Template authoring. At the time, this meant developers could create a library of reusable application templates for anyone internally to deploy and build from. Tokyo, however, has begun to lay the foundation for better governance around these templates. The author of an app template now has the ability to define which audience, either by role or group, has access to it if not everyone. 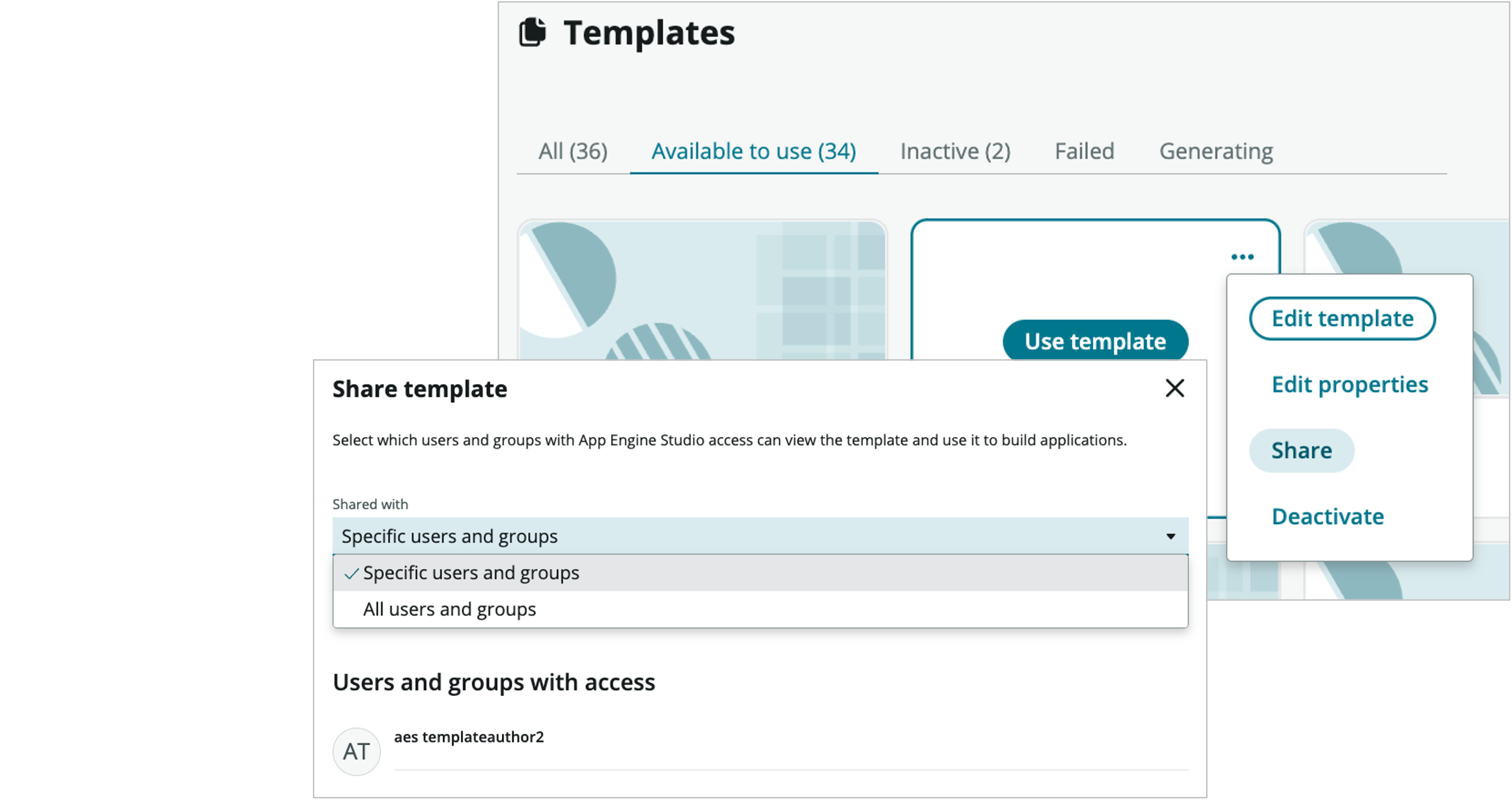 Flow Integration to the Table Builder

When it first came out Table Builder was just that - a place to construct a table. However, over time, Table Builder has acted like a macrophage: absorbing more and more things pertinent to the table itself. First, it was the inclusion of forms, then the inclusion of UI Policies and other rules. All independent Application Files on the platform, finally elegantly organized to allow the developer to naturally bounce back and forth as we so often do when noodling on a development problem.“Many take a table-centric approach when it comes to building simpler applications,” said Matthew Ripley in his episode of Break Point, which couldn’t be more accurate!

Naturally, the next inclusion to be made was that of Flows. In Tokyo, Table Builder truly represents a unified experience and fully enables that table-centric approach so many apps take. Any flow triggered by your table will be visible here, including its status and other properties. Developers can also create Flows here as well, with their Trigger options limited to those pertinent to the selected table. 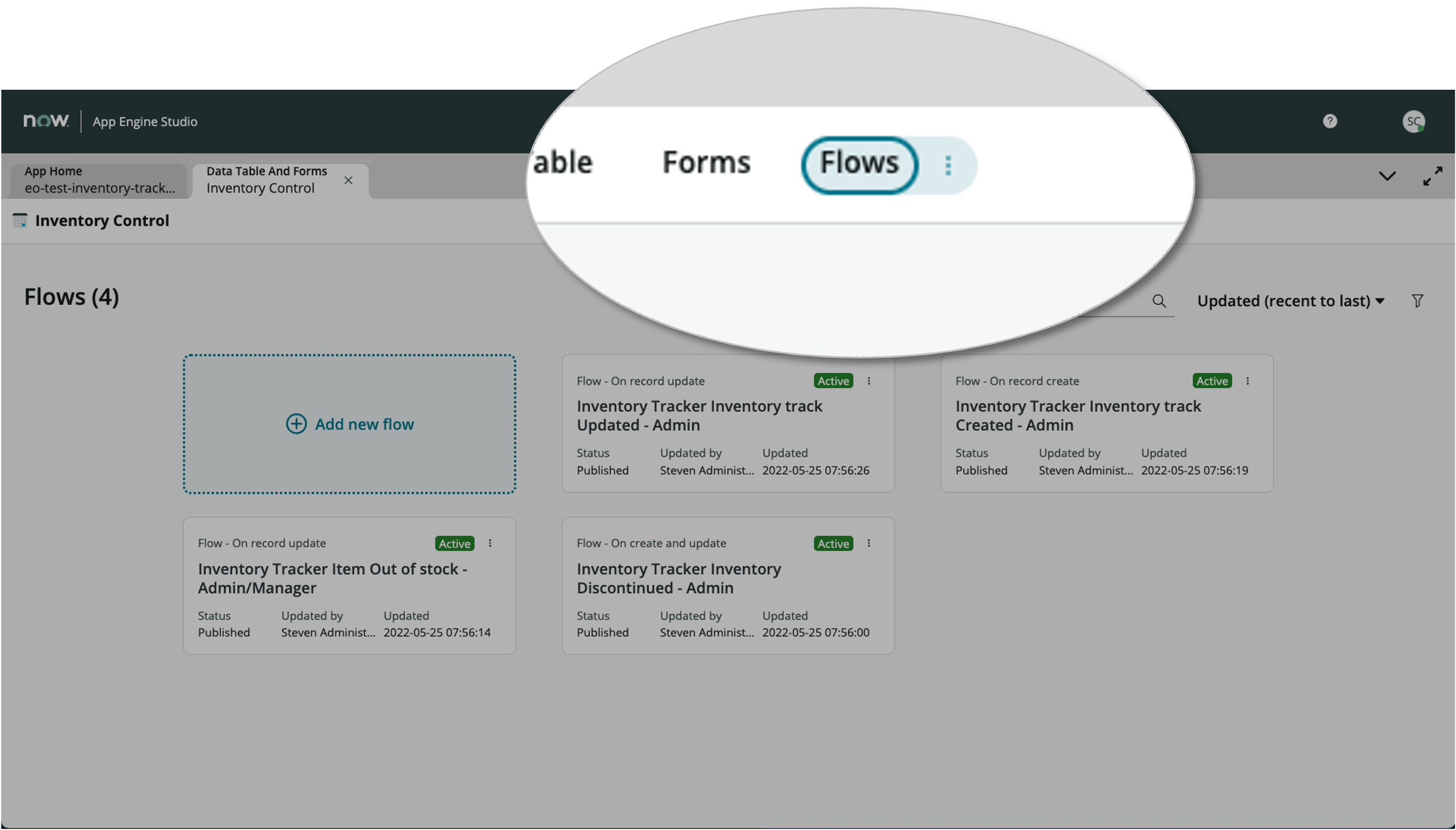 While we’re talking about Table Builder, we should also address the new Formula Builder! Going off of Matthew’s comments about Tokyo’s focus on capturing the capabilities of newer developers, one attribute taken into consideration was how many people’s first exposure to coding is through using applications like Excel. Aside from teaching people about data structures, Excel is a fantastic tool for people to begin applying their business expertise like a developer. Formula Builder is there to bridge the gap for this audience, allowing for developers to use Excel-like formulas in place of the legacy Calculated Fields.

For a much deeper live into Formula Builder, our very own Earl Duque crafted a fantastic blog post on it already, covering everything from how to access it within Table Builder to the various functions available in Tokyo. Chuck and I also filmed a Live Coding Happy Hour on it as well if you’re interested in something a bit more casual or something in video format. 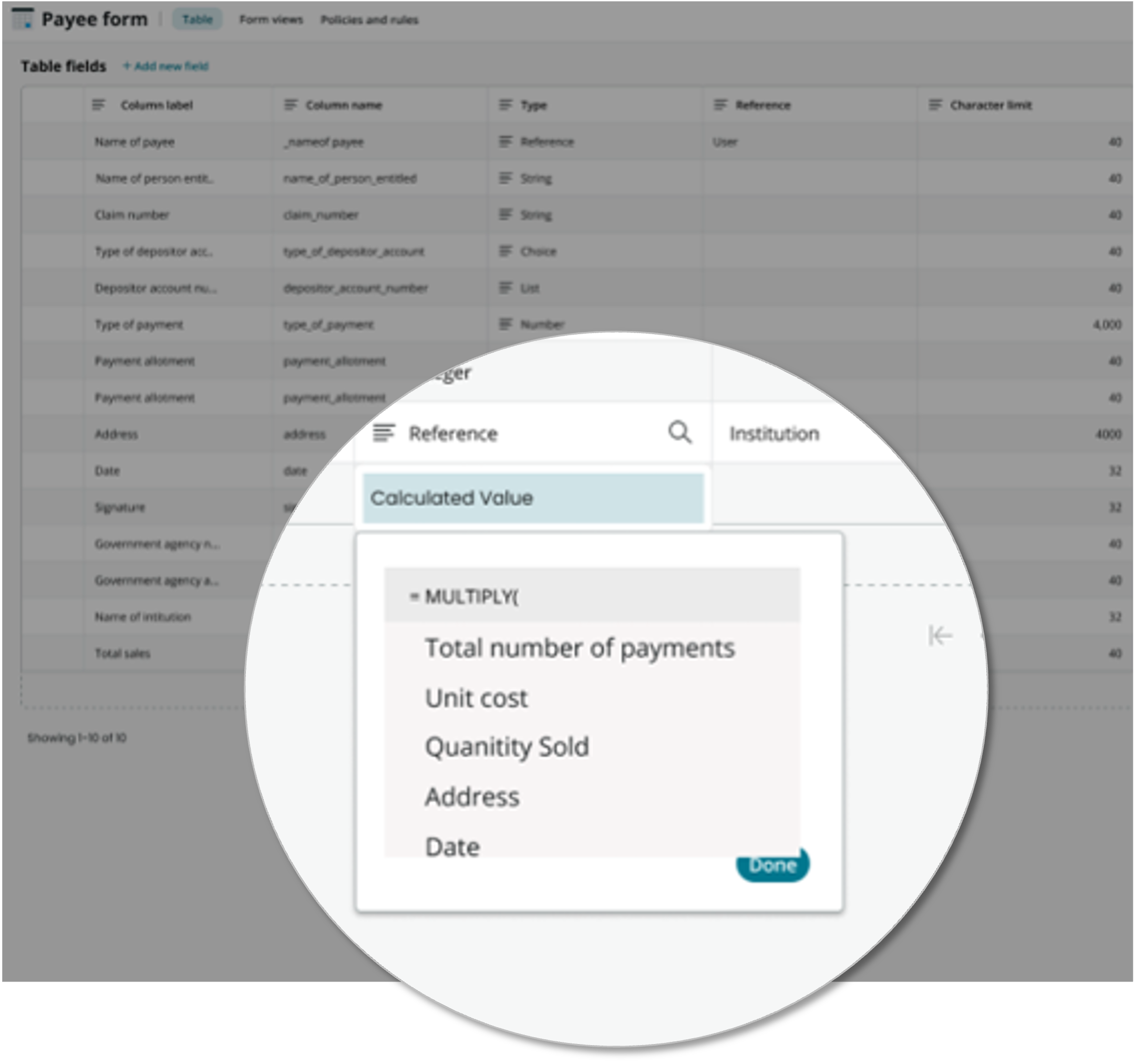 Anyone that has spent time creating complex email notifications on ServiceNow knows that even the simplest-looking email represents a lot of moving parts. Notifications, Notification Email Scripts, and Email Templates are just a few of the Application Files involved! Luckily, in Tokyo and beyond developers will be less dependent on tribal knowledge to craft emails with the new notification authoring in AES.

This wizard enables citizen developers to utilize all of the above Application Files in a more prescriptive manner and manage them all from one screen.

We hope you are as, if not more, excited for these AES improvement as we are! For all other content regarding the Tokyo release, please visit our Tokyo Content Calendar here.