I’ve got three more Flow Designer enhancements to make your lives a bit easier. They are:

The first is pretty straight forward. Prior to Paris, action numbering was “outline based”. Every time you added a new if, for each, or other action that created an indent level, a decimal was added on to your action numbers. While this may seem innocuous at first, it could make inline scripting challenging when referencing action 3.1.3.2.3.3 in the fd_data object. And yes, I’ve had flows with six or more digits!

For Paris and beyond, the numbering will be single digit only. Instead of 3.1.3.2.3.3, it will simply be action number 14 (or whatever yours is.)

The upgrade process will inform you that it is about to go through the inline scripts and make the conversion for you, however if you have critical flows would like to do it yourself, you can click “Cancel” on the modal and do the conversion yourself. I strongly recommend you copy the flow so you have a backup copy should you need to reference your original work. 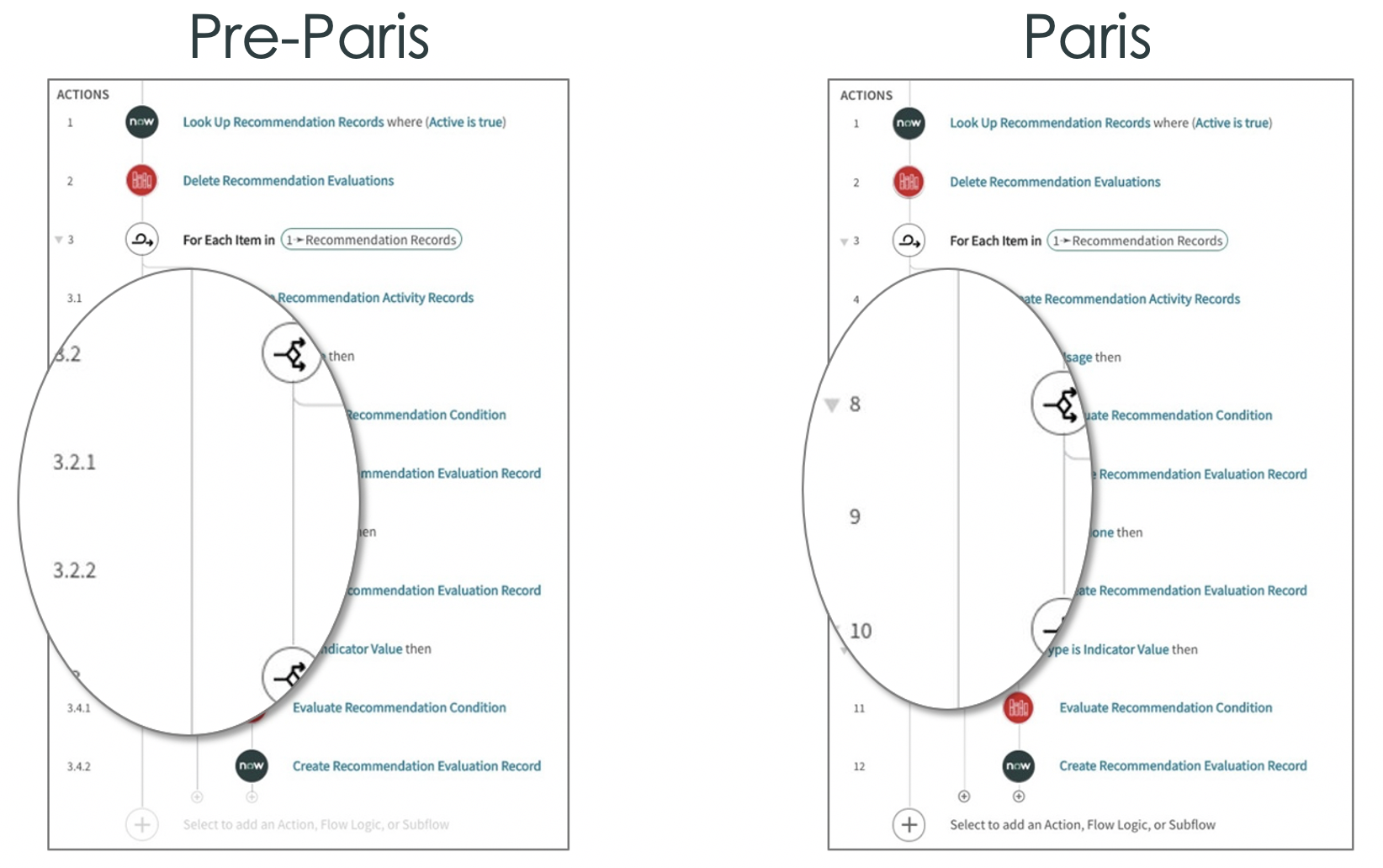 In the category of “that was annoying, but I’m glad it isn’t any more”, we’ve introduced a concept called Ghost Actions. Here’s the scenario prior to Paris:

The reason for this is because the spokes or custom actions are not available in production so it cannot render what it doesn’t have. Yes, very annoying. Enter Ghost Actions.

Ghost Actions are “placeholders” for missing actions. They let you know that there are missing pieces to your flow. You can either remove them from the flow or retrieve the missing actions and then activate the flow. This makes it much easier to spot the issue.

Yes, it’s easy to throw actions on the canvas and build a flow quickly, but I don’t want to do the same task over and over and over again! There have been situations where I’ve used a decision tree with the Make a Decision action only to repeat the same Update Record action multiple times with a slight variance in the actual value. Oh, how I wished for a copy/paste feature for actions.

Wish no more! Enter the tiny little icon by the comments and trash can to allow you to copy an action complete with all the parameters and data pills filled in!

This is very handy when you’ve got the same action requirement (e.g. Update Record) in several places in your flow. Click the button, then drag it where it needs to go. No more filling out 10 fields over and over. What a time saver! Thank you Flow Designer product team! 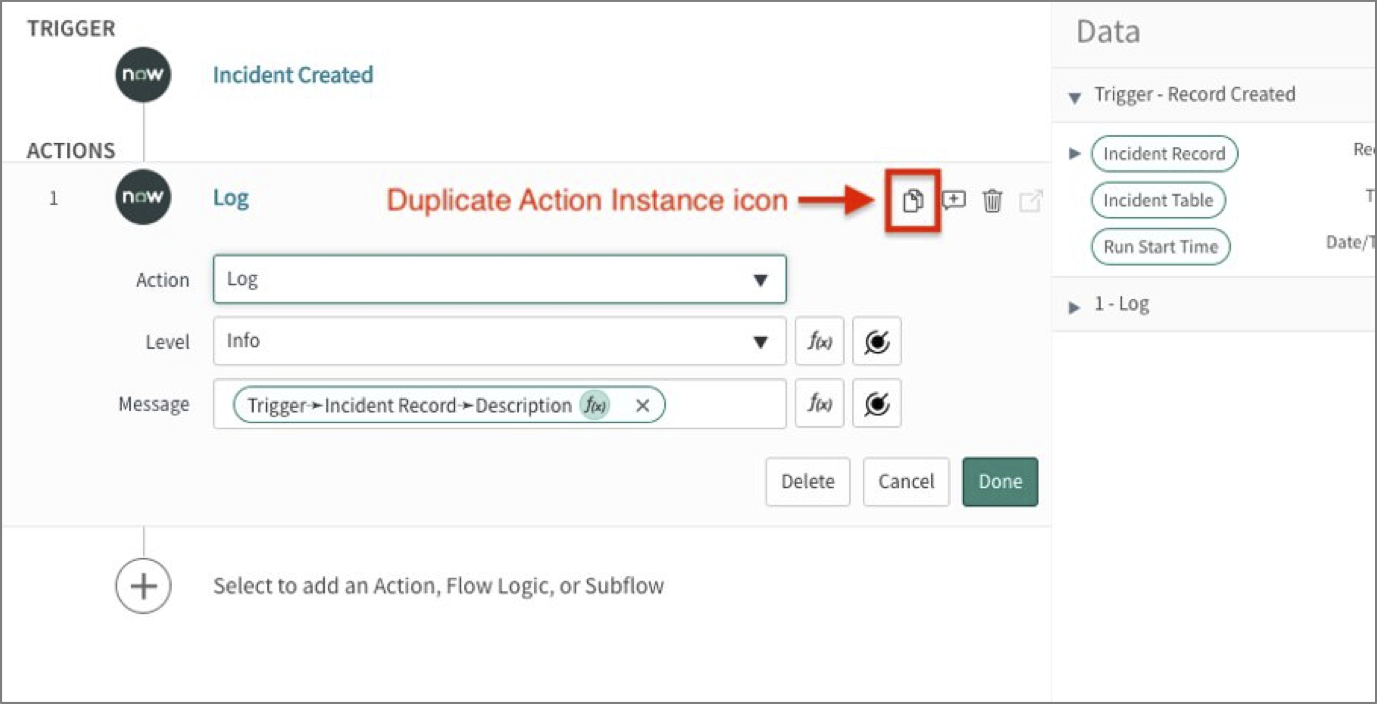