It is ServiceNow’s new release season! With the Paris release in Early Access, we will show some enhancements targeted around being more effective and efficient as a developer. To get access to these new things, you have to upgrade! This article will be about a new feature in IntegrationHub. To view the whole list, check out the release docs. 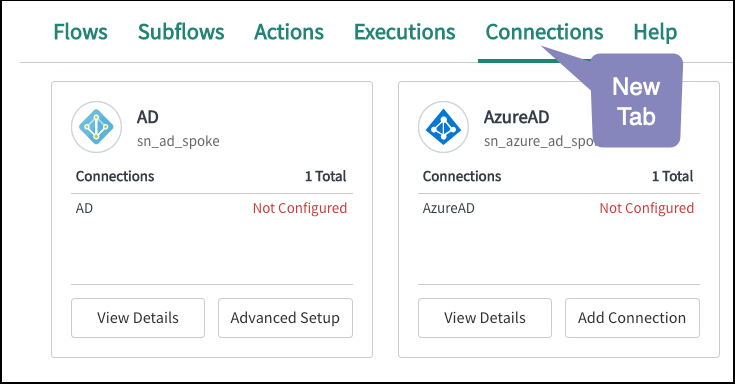 The connections dashboard is a new interface inside Flow Designer to manage connections. The credentials can be short term (tokens) or long term (user/password). To access the new connection manager, a user must have the connection_admin role. The example above gives two cases of how to configure and setup a connection. Advanced Setup will take you to the platform UI as it doesn’t have a template set. The add connection option will provide a modal that prompts for providing the information as proscribed by the template associated with the connection. The templated process can be seen in the screenshot below. How to build authentication templates is a separate future blog, but there is a lot of potential in that space to help ease setting up credentials. 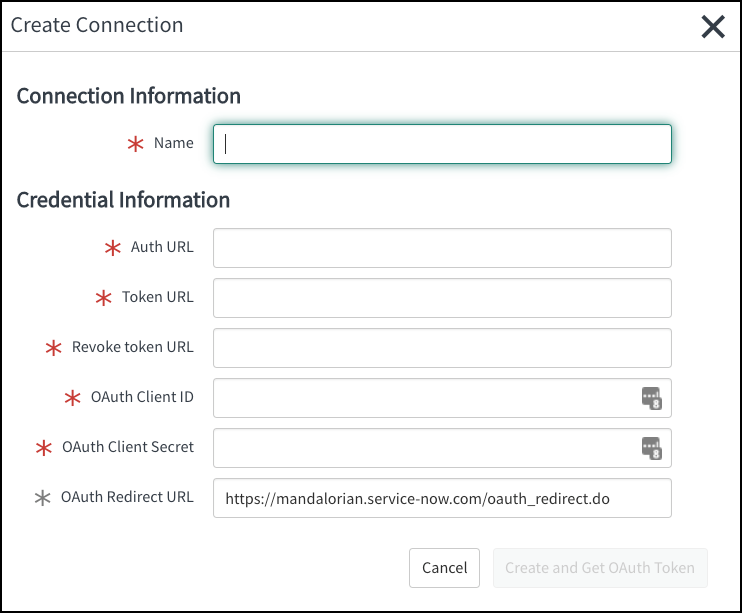 The centralized view should help streamline the management and upkeep for new and existing connections and credentials. The view details for one of the connections will show a more detailed view of each connection. The topmost connection will always be the parent one and then followed by the children. Oauth token status and refreshing are among the types of direct interactions you can engage with on the more detailed interface.

Those familiar with creating and connecting to Authentication systems that are using OAuth might be familiar with the OAuth API Script field on the Application Registries table. The script includes in that field handle some of the configurable parts of the OAuth setup. There were limitations to the parameters and configurable adjustments that the script could access and adjust. The addition of the oauthContext object enables accessing and adjusting the parameters, headers, and token endpoints. To leverage the new oauthContext object, it is suggested that you create a unique script include that extends the provided one, OAuthUtil. Below you will find the example stub for creating a new utility for customizing an original OAuth API script for use with Azure.

I hope you enjoyed the looks into some of the improvements to authentication management in Paris. There will be a future blog entry on authentication templating. If there are other authentication-related topics that you wish the Developer Program team to dive in-depth, throw them in the comments below.