Last week, I attended the Integrate 2016 + API:World Conference & Expo (and Hackathon!) in San Jose. I met some great people, learned about some pretty interesting APIs and Integration products, and as a guy who spent his first several years with the ServiceNow platform working on APIs and building integrations, it was great getting to geek out on a subject I’ve grown to love. 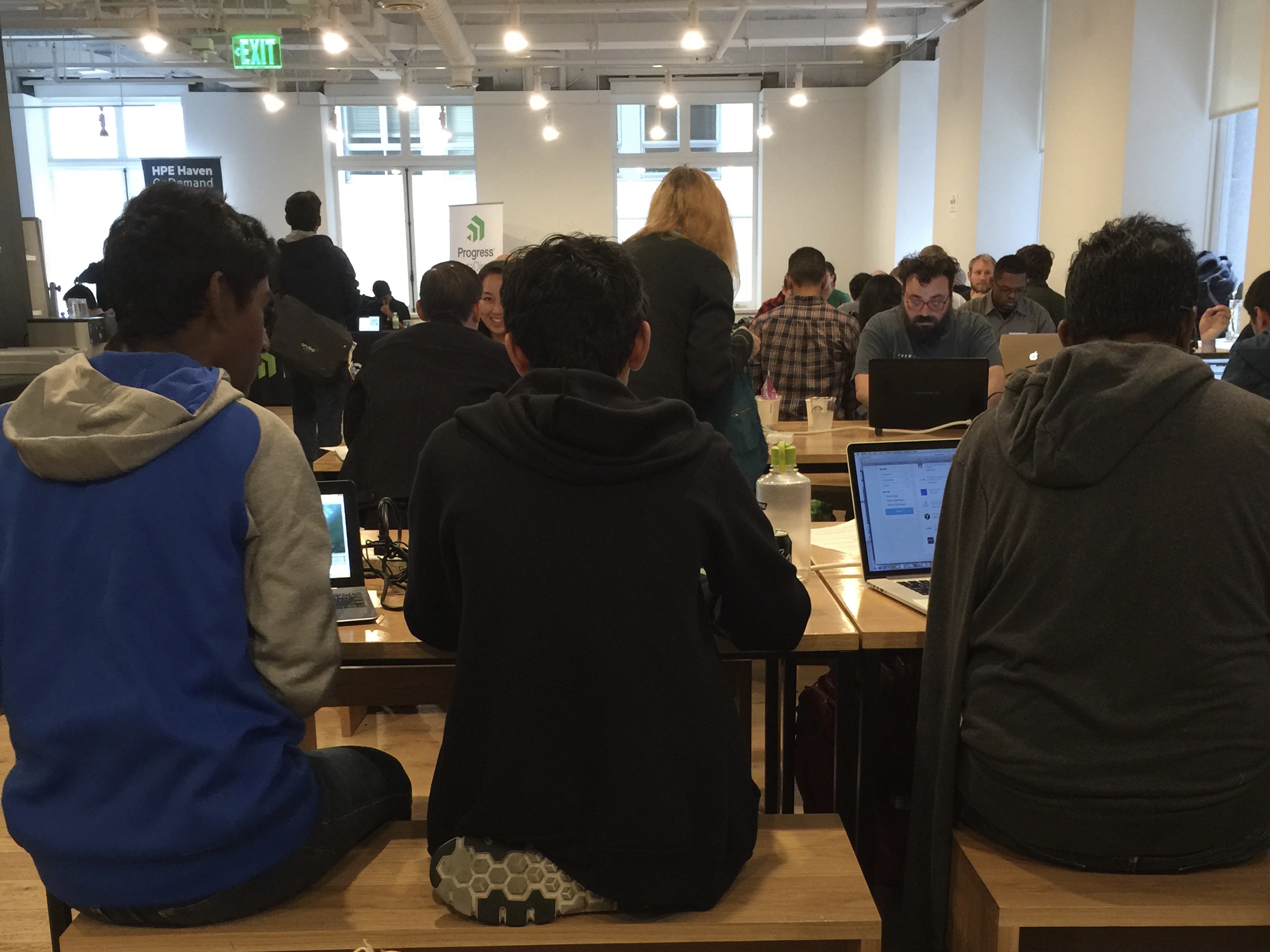 I spent Saturday/Sunday hacking on the HPE Haven Sentiment API, meeting other developers, and was thoroughly impressed by the resulting hackathon projects. The current abundance of publicly available APIs is allowing teams to build truly remarkable apps faster than ever before, and this hackathon was well positioned to demonstrate what a small team can build in just over a day.

I walked away inspired by the passion of the participants and the ambition of the projects they tackled. The winner: an augmented reality mobile app that uses the device’s camera to look at a food package and tell the user whether or not it’s safe for them to eat based on that user’s allergies. Its target audience is kids who may not know what’s safe to eat when away from their parents, and it was a pretty impressive use of machine learning APIs to provide a potentially life-saving function.

I couldn’t attend them all, but here are some of my takeaways from the week. ServiceNow’s own Robert Duffner participated in a panel discussing the process of Integrating API Management Into Your Business Strategy. Robert discussed the high priority placed on APIs in the ServiceNow platform to enable customers to quickly integrate with their existing systems. The Cloud Elements blog published a great summary of this panel discussion.

Microservices microservices microservices. I heard this term so many times, it no longer sounded like a word. The term is used to describe a methodology of software development in which an application is broken down into “micro” components and each dev team owns all aspects of that component. The goal is to reduce friction between development teams, making it easier to deploy features independently, and in theory, there are quite a few benefits to the approach. A few observations:

Twilio’s Patrick Malatack gave a great session on the consequences of an unhealthy API, and

I gained the most value from meeting people in the expo area, and learned about some pretty interesting products that I was previously unaware of. It was particularly gratifying to walk up to a booth, introduce myself as a Developer Evangelist from ServiceNow, and see the person’s face light up and respond “oh yeah, I’ve heard about ServiceNow, we want to build an integration with you guys” (some already have!).

Major theme: products that simplify the process of building integrations between a myriad of APIs/products. Built.io is an Integration-Platform-as-a-Service product that simplifies the process of building integrations, bots, interacting with IoT devices and more. I spent some time chatting with these guys, and even set up a simple integration with my ServiceNow developer instance using their built-in ServiceNow connector. Cool stuff.

Stamplay is another automation/integration framework that makes it easy to chain API calls and pull multiple services together without having to build each integration point from scratch. I haven’t had a chance to play with this yet, but fully intend to see if I can make this talk to my ServiceNow instance in the near future.

Microsoft Azure Logic Apps is also an integration platform (see the trend here?) that simplifies the process of pulling multiple APIs together, and provides many connectors to existing services/systems. Also on my list of things to explore further as an integration geek.

Amazon API Gateway is a managed service that allows developers to publish/maintain/monitor their APIs centrally, even if those APIs are backed by many disparate services. Expect a future post from me about setting this up with ServiceNow REST APIs if you need the capabilities provided by Amazon.

I’m not endorsing any of these products or advertising for these companies, but wanted to share some of the more interesting findings from my time at this conference. I’m excited by the trends I saw throughout the week and the promise of better tools to make hard problems easier to solve.

For ServiceNow customers, offerings like these promise to make it increasingly simple to leverage the power of dozens of APIs and services in a fraction of the time it would traditionally take learn the underlying APIs and build the requisite integration logic. Querying APIs that enrich your business processes, “eBonding” with other systems and similar use cases become much easier than ever before.

For ServiceNow developers, these offerings open up a world of possibilities when building new apps, and make it easier to build complex API mashups to augment your application’s business logic or enable connectivity with the 3rd party services your customers expect.

Stay tuned as I explore some of these tools in more depth!